Brian Eno's Music for Airports, the cornerstone of ambient music, in a version revisited for instruments and tapes by Ensemble Social Silence. To be savoured lying down, letting the music completely transport you.

In the mid-1970s, Brian Eno legitimised an emerging genre, coining the term ‘ambient music’—the godfathers of which, one could say, include Erik Satie, La Monte Young and John Cage. With haunting loops played randomly by tape recorders, Discreet Music made a major impression in 1975, but it was with Ambient 1: Music for Airports in 1978 that the English musician theorised the genre, a minimalist form of music that can be ‘actively listened to with attention or as easily ignored, depending on the choice of the listener’, such that it discretely influences the environment in which it is played. Ensemble Social Silence (plus a string quartet) is now revisiting Brian Eno's album in an instrumental version, combining the loops with improvisation and the sheets[MA6] [MG7] [M8]  of violin with the electronic colours of machines. Stretched out in repose on a yoga mat, let these four slow movements wash over you, lulled by their mix of repetition and randomness. A comfortable point of departure for a unique experience. 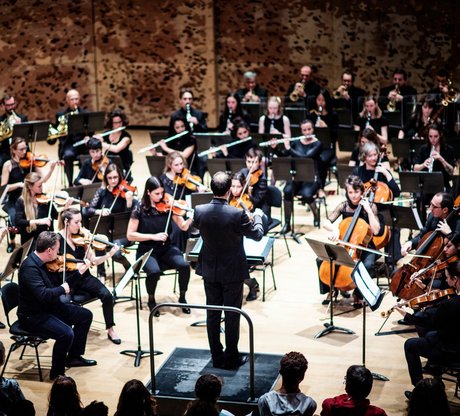