For seven years, Sebastião Salgado immersed himself in far corners of the Brazilian Amazon, photographing the forest, rivers and mountains, and the people who live there. On his journeys deep into this realm—where the immense power of nature can be felt as in few places on earth—his photographer’s eye captured striking images, most being shown here to the public for the first time.

Accompanied by an original soundtrack—a ‘symphony-world’ created by Jean-Michel Jarre using concrete sounds from the forest—the exhibition also gives voice to the indigenous communities photographed, via their testimonies.

Following from his Genesis project, a photographic ode to the majestic beauty of the most remote regions of the world, Salgado embarked on a new series of expeditions to capture the incredible natural diversity of the Brazilian rainforest, and the ways of life of its inhabitants. Staying in remote villages for several weeks at a time, he was able to photograph ten ethic groups. Taken from small watercraft or from the air, Salgado’s images reveal the complex maze of tributaries that twist their way into the river, mountains reaching heights of 3 000 metres, and the skies so thick with moisture that there are rivers in the air.

The exhibition highlights not only the fragility of this ecosystem, but also the rich natural soundtrack of the Amazon, placing in dialogue Salgado’s arresting photos and a new musical composition by Jean-Michel Jarre, created specially for the exhibition using concrete sounds from the forest. The rustling of trees, animal calls, birdsong, the roar of water tumbling from mountain peaks, etc. collected in situ, in the rainforest, form a stunningly apt audio landscape to accompany Salgado’s journey.

Featuring 200 photographs, along with giant projections—scaled to the immensity of a natural realm like no other—the exhibition shines a spotlight on the fragility of the Amazonian ecosystem. It seeks to show that in the areas inhabited by indigenous groups, the ancestral guardians of these lands, the forest remains almost entirely undamaged. Documentary films allow visitors to hear from the people who live in the forest, in their own voices, and to gain a sense of their rich cultures. Through these powerful images, Sebastião and Lélia Salgado hope to prompt the thinking and actions urgently needed to protect this inestimable heritage of humanity.

Exhibition in collaboration with the Geneva Ethnography Museum

Viewing this content may result in cookies being placed by the vendor of the platform to which you will be directed. Given the refusal of the deposit of cookies that you have expressed, in order to respect your choice, we have blocked this content. If you want to continue and access to the content, you must give us your consent by clicking on the button below.
I accept – Display the content
Exposition Salgado Amazônia | Teaser 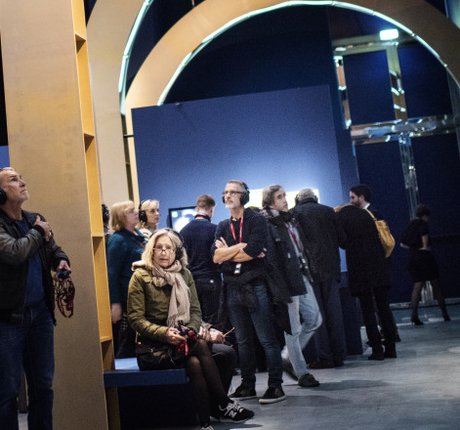