The Museum of Music has become world renowned for its collection and presentation of musical instruments. The historical heritage within its walls spans centuries.

The Museum of Music represents a collection of more than 7000 instruments and art objects, with almost 1000 on exhibit in the permanent exhibition space. Six chapters take visitors through the history of music in Europe and around the world, from the 17th century to today.
Visits to the Museum can be prolonged or enhanced by guided tours, conferences or concerts presented on the instruments in the collection. Live performances are put on every day in the Museum, providing constant opportunities for dialogue between musicians and the public. Promenade Concerts take place in all the rooms of the Museum on certain Sundays.

The birth of opera

While the introductory section illustrates that music is present in all the world’s cultures, the visit then takes you on a chronological voyage through occidental music, beginning with the Baroque period.

Italy first, with the model of the music room in the Palace of Mantua where, in 1607, Monteverdi’s Orpheus, considered the first opera in history, was presented, as well as a collection of instruments, witnesses to the musical practices of the time: keyboards, cornets, citterns and lutes.

Under Louis XIV, baroque music flourished at the Palace of Versailles—from lyrical tragedy, military parades and hunting rites to more intimate musical practices—illustrated by a rich collection of baroque guitars, viola a gamba and Flemish and French harpsichords.

The Music of the Enlightenment

In France, music began leaving the court progressively. The opera, the principal musical institution became the site of aesthetic quarrels, while the salons of the aristocrats and the cultivated bourgeois citizens facilitated the rise of instrumental music. There one played the clavichord or the harp for example.

But the period was equally marked by an idealised vision of nature, giving birth to a vogue for pastoral music, turning to accordions and hurdy-gurdies.

The evolution of musical taste towards greater expression, opened the way to the appearance of a new instrument, the piano, while the practice of giving public concerts spread, including spiritual concerts, which welcomed renowned musicians from abroad, such as Joseph Haydn and Wolfgang Amadeus Mozart.

The musical language of the 19th century was marked by the ideals of Romanticism, the artistic movement characterised by the expression of sentiment, celebration of the individual and fascination with the fantastical. . The role of the soloist, notably through the violins of Stradivarius, and the emergence of the symphonic orchestra, constitute the two principal developments of music in this period.

Liszt and Chopin, of whose the museum has several Erard and Pleyel pianos, personified the figure of the romantic musician, virtuoso and passionate. Driven by the growing needs for orchestral timbre and power, notably those of Berlioz and Wagner, new instruments came into the world, the octobass, the saxophone and the Wagnerian horn among others.

The Acceleration of History

…Edgard Varese Ionisation (1931) illustrates how much percussion opened an unprecedented musical field in the 20th century. But the appearance of electricity also revolutionised music with the invention of new instruments, notably by Theremin, Martenot or Hammond.

The technological explosion of analogue and then digital tools is represented in the museum by Frank Zappa’s modular synthesiser, Xenakis’ Upic machine or the 4X computer developed by Ircam. Popular music took full advantage of these technological revolutions. The electric guitar gallery contains legendary models of guitars and bass guitars by Fender, Gibson and Rickenbecker.

Music From Around the World

As in the occidental world, the diversity of musical traditions which have developed around the world is the result of long and complex history, built on exchange, convergence and varying traces. Most often transmitted orally, these traditions preserve a musical heritage, which plays a major social and religious role in their communities.

Seperated into five distinct areas (the Arab world, Asia, Africa, Oceania and Amerindian cultures), the collection of instruments is enhanced with audio-visual extracts, allowing the visitor to appreciate the cultural specificities of certain traditions in their context, or to discover extremely rare instruments or repertoires currently threatened with extinction.

The ticket includes admission to this event

The Musée de la musique offers all visitors a free video guide to accompany them through their visit. Available in French, English, Spanish and French Sign Language (LSF), it immerses visitors in the world of music, allowing them to see and hear the instruments in the collection being played. It also features specialised tours, an enriched post-tour guide and various accessibility functions. Children ages 7 and up can follow the tour just for them, designed to go along with the activity book.

The video guide application is also accessible via visitors’ smartphones, without prior downloading. Visitors can connect directly at the Musée de la musique reception. 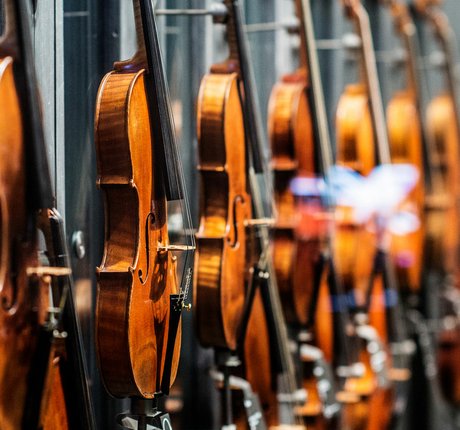 Porte de Pantin station
M5 Paris Underground (Métro) Line 5 3B Tram 3B
Address
221 avenue Jean-Jaurès, 75019 Paris
See all details
from September 1, 2022 to August 31, 2023
Closed
€9 | €7 (26 to 28 years old) | Free for under 26 years old
Touch Music In the permanent collection space, the Museum offers an interactive exhibit featuring five instruments that visitors can touch. Accessible to every audience, the 'Touch Music' exhibit offers a fun and multi-sensory approach to the instruments.