The Orchestre de Paris presents a colourful programme bringing together the jazzy accents of Stravinsky’s Ebony Concerto, the romantic tempest of Rachmaninoff’s Concerto No. 1, and the quiet nobility of Duruflé’s Requiem.

As a new arrival in the United States, Stravinsky was drawn to everything representing American culture: Walt Disney movies, the Los Angeles jet set, and of course jazz. For the clarinettist Woody Herman, he thus composed an Ebony Concerto full of humour and spirited rhythm.

A similar freshness runs through Rachmaninoff's Concerto No. 1, performed here by pianist Yuja Wang. Written when the composer was just 18, as he was completing his conservatory studies, the score owes much to the great models of romanticism, Grieg and Schumann. It shares their fervour and their innovative approach to the soloist instrument, while revealing the emergence of Rachmaninoff's own fascinating musical language.

In counterpoint to these two works comes the exalted solemnity of Duruflé’s Requiem. To tackle a mass for the dead after Verdi and Berlioz is a delicate exercise: rather than entering into orchestral one-upmanship, he sought a different way of evoking mortality. Duruflé produced a score that is profound and moving, without pomp or grandiloquence. The serene and intimate emotion of this piece, seldom performed in its symphonic version, is reminiscent of work by Fauré, or 17th-century French motets, or even Gregorian chanting. 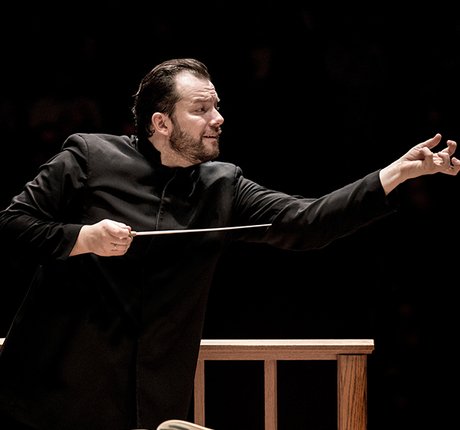 After two evenings of Strauss with the Boston Symphony Orchestra, Andris Nelsons takes the podium with the…