Download Event Program
A solemn, mystical tone dominates this programme composed of three major scores imbued with dreamlike spirituality.
Originally composed for piano, and transcribed for orchestra by the composer, Pavane for a Dead Princess is one of Ravel’s most popular works, filled with noble gravity—an elegiac evocation of a bygone Spain.

The impression of transparency, despite the differences between the two works, is echoed in Bartók’s Piano Concerto No.3, in which the composer trades his percussive style for luminous, almost mystical textures, based on a refined vision of folk melodies.

The programme closes with Bruckner’s unfinished final work, his Symphony No.9, a shattering ‘Farewell to life’. Quoting from many of his previous works, the ‘cantor from Saint Florian’ dedicates to ‘the greatest glory of God’ the intensity of the first movement with its transcendent brasses, the apocalyptic power of the Scherzo and the ample yet resigned lyricism of the Finale, which seems to open the gate to another world. 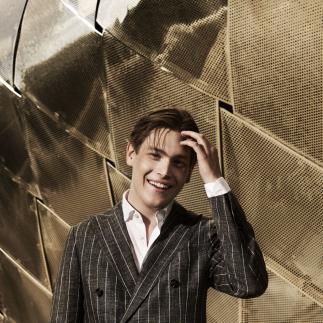